When I saw that Meg from Elsie Marley and Cherie from You & Mie were having a sew-along I thought it would be fun to join in.  The chosen pattern was the pull-over parka from the Japanese sewing book Happy Homemade.  I have the English version and I’ve used it before to make E this little tunic.  I also made the wide leg pants a bit ago but E refuses to wear them because they are not shorts.  Maybe in the fall…

Anyway, back to the parka.  It’s designed for woven fabrics but I thought E would reject a woven top.  She strongly prefers knit tops at this time.  So I used some striped french terry I had around.  I added a front pocket and hood lining in denim to try to tone things down.  But it is still very striped and frankly hurts my eyes a bit. 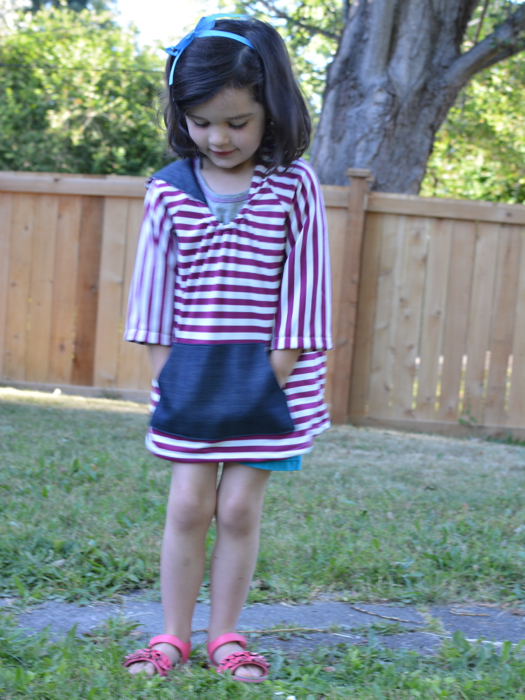 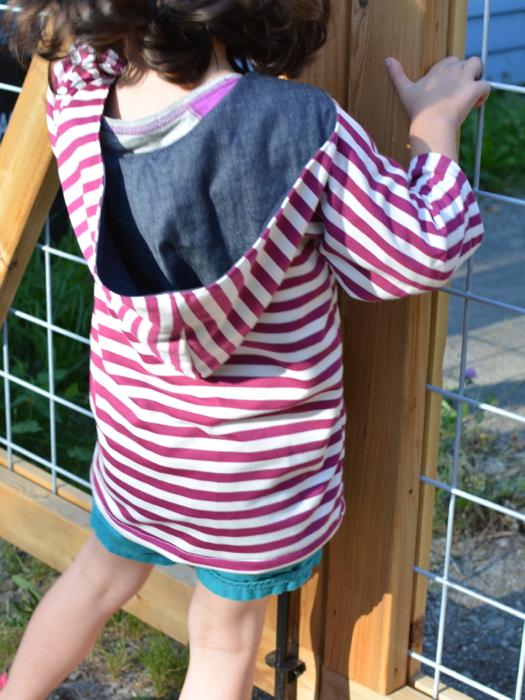 The french terry was from Girl Charlee but is no longer in stock.  I’m not sure what it is made from but it’s definitely not all cotton.  I quickly discovered this when ironing and it would not hold a crease but would melt.  So I skipped the cute little drawstring on the bottom because hemming the sleeves was enough of a nightmare. 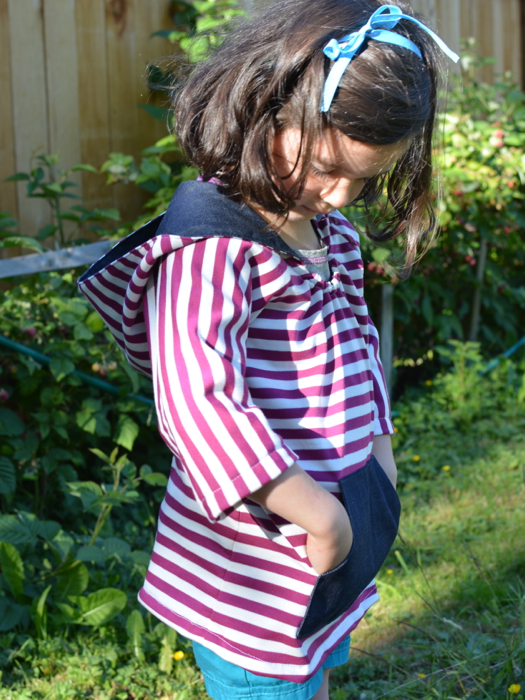 I had some serious pattern preparation issues on this one-  cutting stripes the wrong way, cutting out the body pieces so that the wrong side was on the fold, and messing up the seam allowances.  But I did manage to at least match up the stripes on the sides.  I loved the hints I got from Cheri and Meg as part of their sew-along posts.  I’m also excited that E should fit the patterns in this book for a good while longer.  I made her the size 4 (100) with added length and the book goes up to size 8 (120).

Did you sew along?  I have enjoyed seeing all the creations in the sew-along Flickr group.